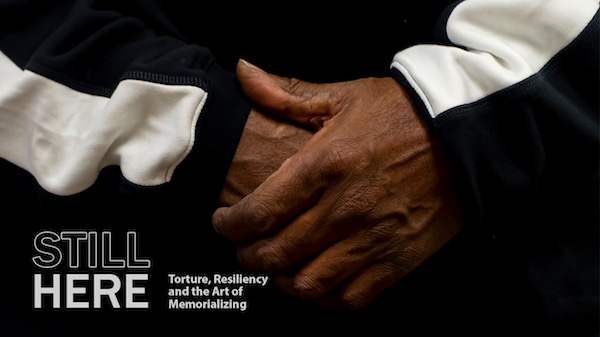 Still Here is an exhibition showcasing six design proposals submitted by commissioned artists to become the Chicago Torture Justice Memorial. The public memorial brings awareness to the torture of more than 120 Black men and women from 1972 to 1991 by the Chicago Police Department under the direction of former Police Commander Jon Burge. The memorial is intended to honor the decades long struggle for justice, and survivors, families, and communities targeted by Burge and his midnight crew.

The public memorial is one component of the historic Reparations Ordinance passed on May 6, 2015. Chicago is the first municipality in the United States to provide reparations for racially motivated law enforcement violence. Six artists were invited to submit proposals to produce an ambitious, permanent public artwork to honor named and unnamed torture survivors. The artists are Monica Chadha/Nelly Agassi, Juan Chavez, Sonja Henderson, Andres Hernandez, Preston Jackson, and Patricia Nguyen/John Lee.

The winning design proposal will be selected by a team of jurors comprised of torture survivors, artists, community activists, cultural workers, architects, educators, and individuals in the philanthropic community. Selected proposal will be announced in the spring of 2019. 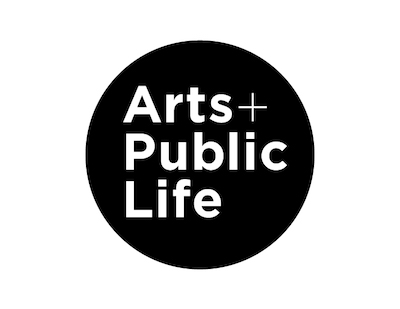 ABOUT ARTS + PUBLIC LIFE
Arts + Public Life (APL), an initiative of UChicago Arts, provides platforms for artists and access to the arts through residencies, education, cultural entrepreneurship, and arts-led programs and events. APL advances and promotes a robust, collaborative, and evolving relationship between the University of Chicago and the South Side’s vibrant civic, cultural, and artistic communities. APL creates cultural amenities and preserves affordability and authenticity through arts and culture-led neighborhood development. APL continues to share this work by participating in local and national conversations around effective, creative alternatives to conventional financial and development strategies, promoting mindful city-building and equitable neighborhood transformation.

ABOUT CHICAGO TORTURE JUSTICE MEMORIALS
The memorial project was developed by artists, lawyers, survivors, educators and activists with the group Chicago Torture Justice Memorials (CTJM). CTJM started meeting in 2010 with the goal of imagining what a public memorial could be in the city that acknowledges and condemns the violence in the Burge torture cases while also embracing the struggle of those who endured the torture and fought against it from prison cells to Chicago’s streets. CTJM studied memorials to survivors of state violence from other nations and held workshops across the city, asking artists and residents. After receiving and exhibiting over 70 speculative memorials to the Burge torture cases, CTJM co-founder Joey Mogul (Partner, People’s Law Office) drafted and filed the reparations ordinance in Chicago’s City Council in the fall of 2013. CTJM then joined with Project NIA, We Charge Genocide, and Amnesty International, USA, to build a human rights campaign that organized tirelessly through the aldermanic and Mayoral election in 2014-2105 to succeed in getting the reparations legislation, including the creation of public memorial, passed in May of 2015.Since the passage of the legislation, CTJM has worked with several individuals and organizations to implement the legislation, and the last remaining plank of the legislation to be realized is the public memorial.